A PCB that exposes the controls of an LED strip to WiFi.

After a failed attempt, I succeeded in building a wireless analog LED strip controller. 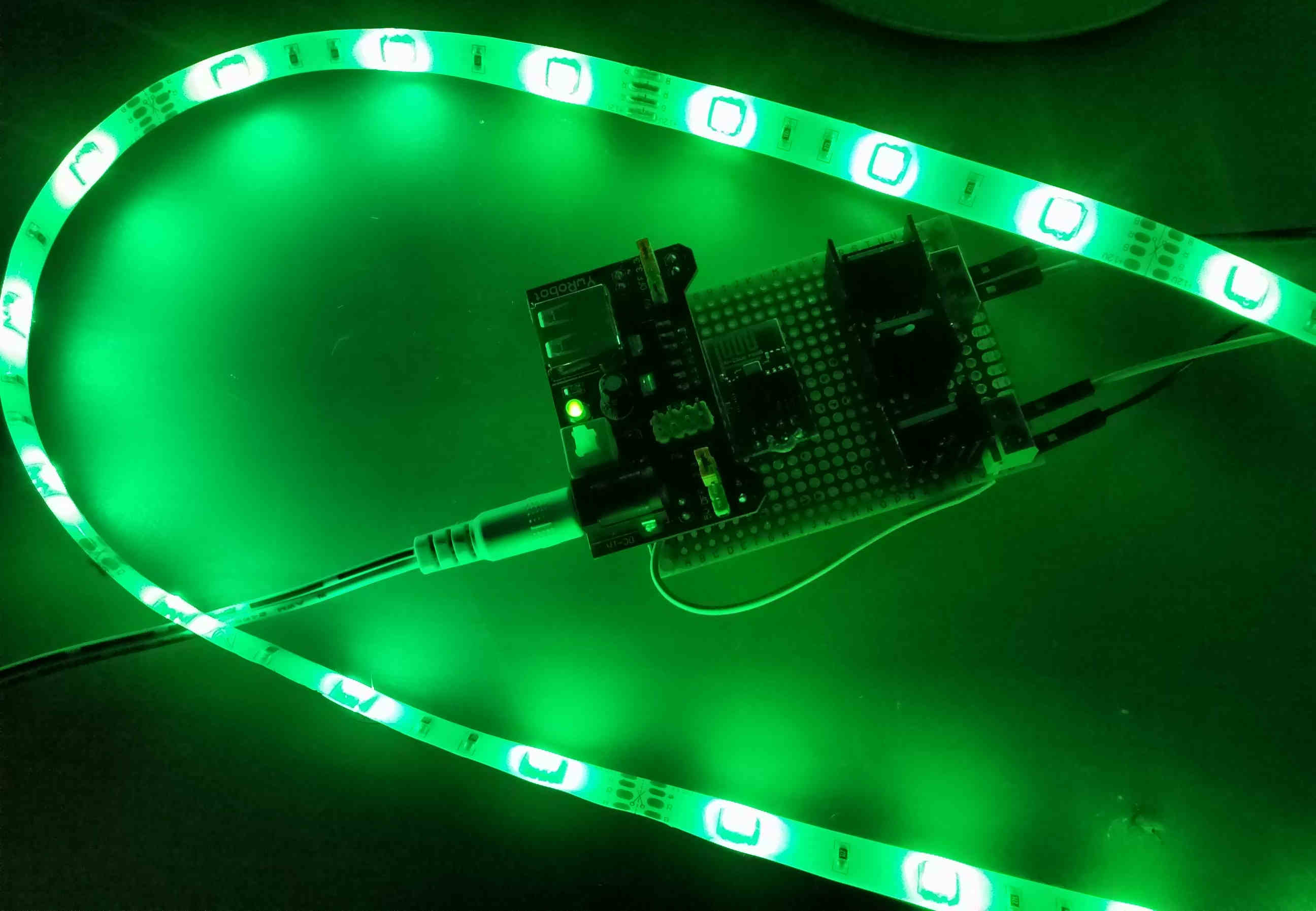 The most important part in this setup is a 12V-3.3V regulator that passes 12V to the transistors and 3.3V to the WiFi chip. Instead of gluing inefficient Darlington transistors on top of CD cases, I used IRFZ44N MOSFETs with a heatsink each on a stripboard. The principle remains the same as with the Arduino. 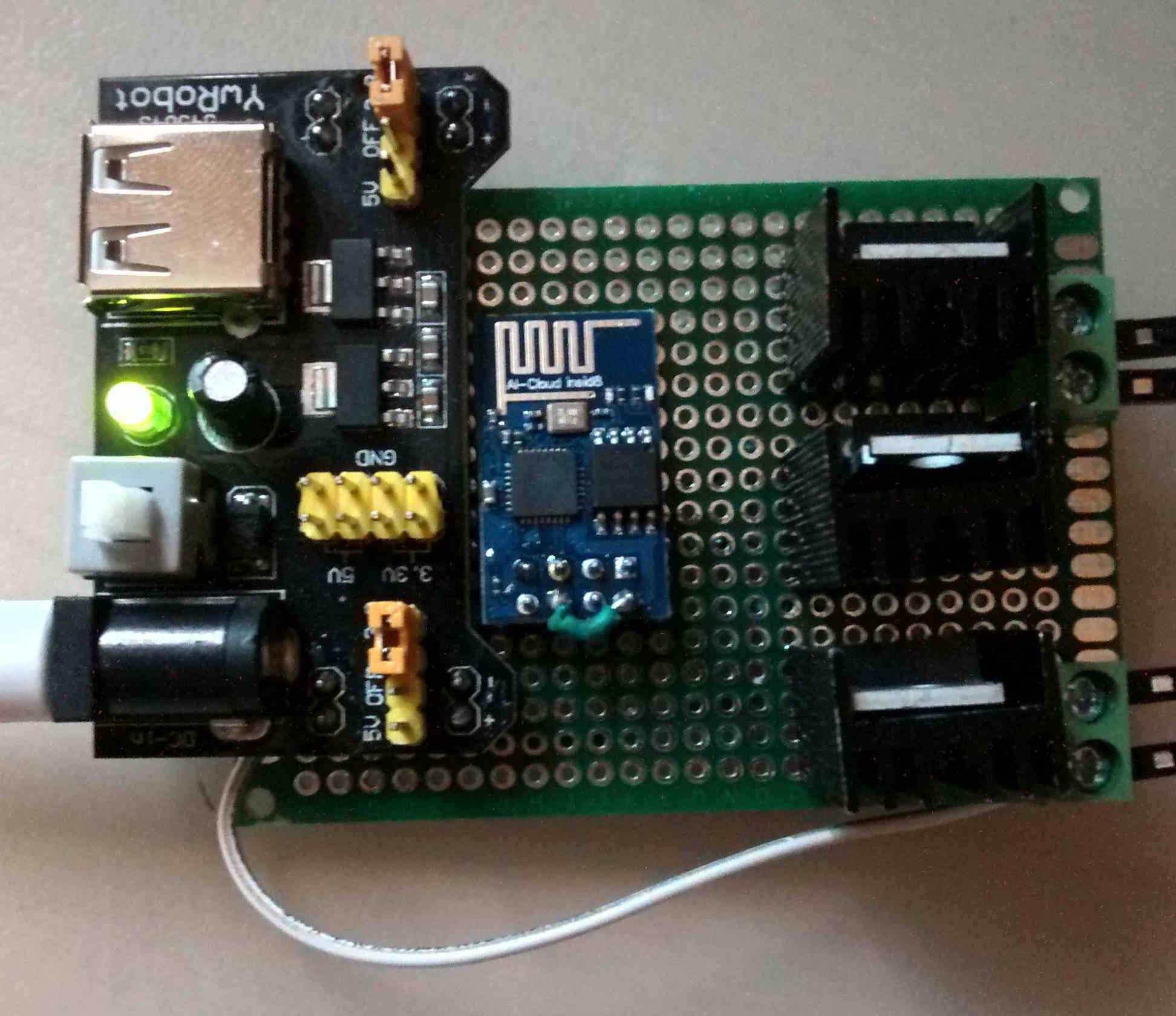 There are fewer long cables, which makes the controller more compact and less ugly. 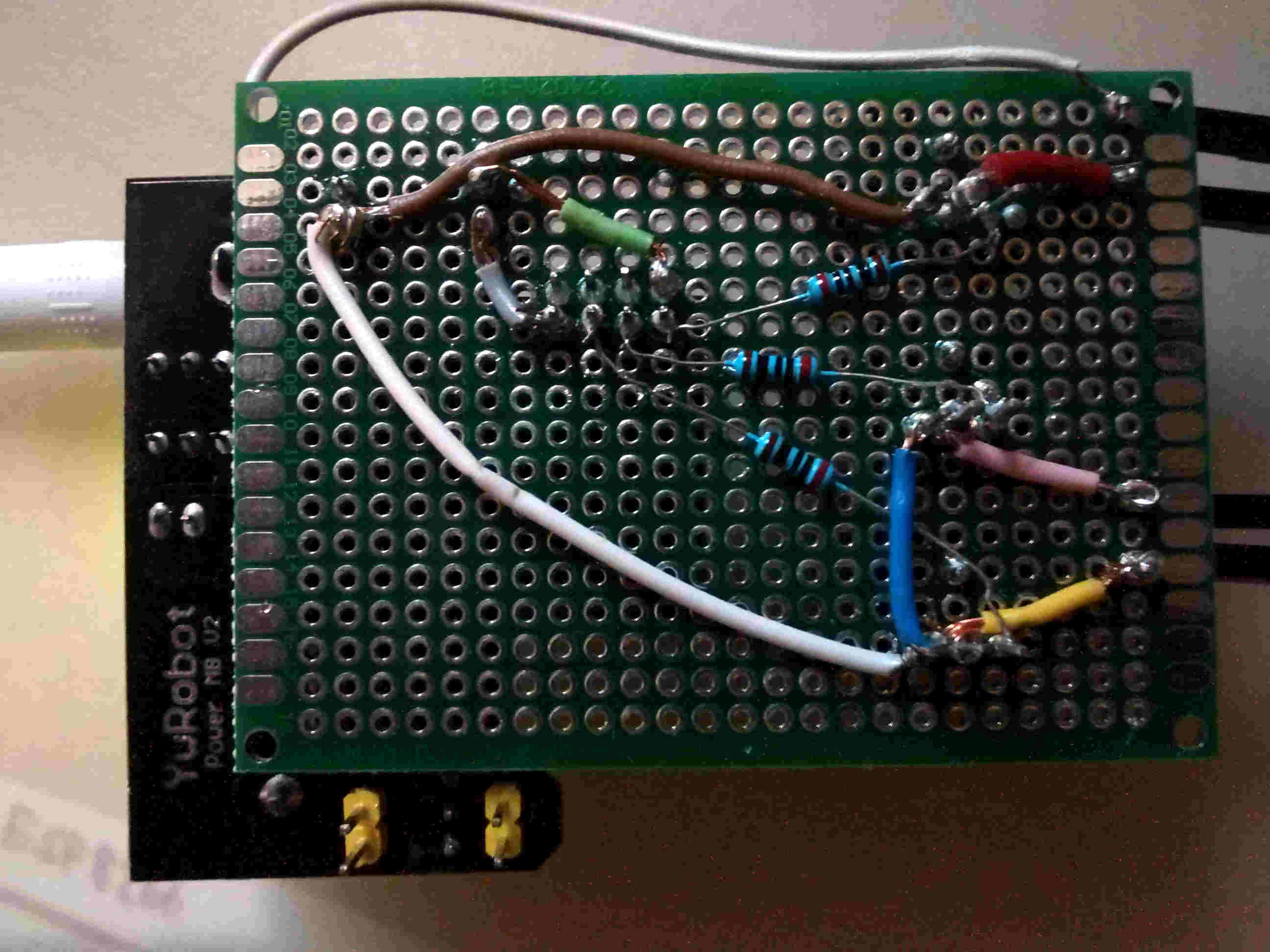 On the ESP8266 runs a web server with a simple API to change the colors and a UDP listener that allows the Hyperion server to connect. The Arduino sketch can be found here. 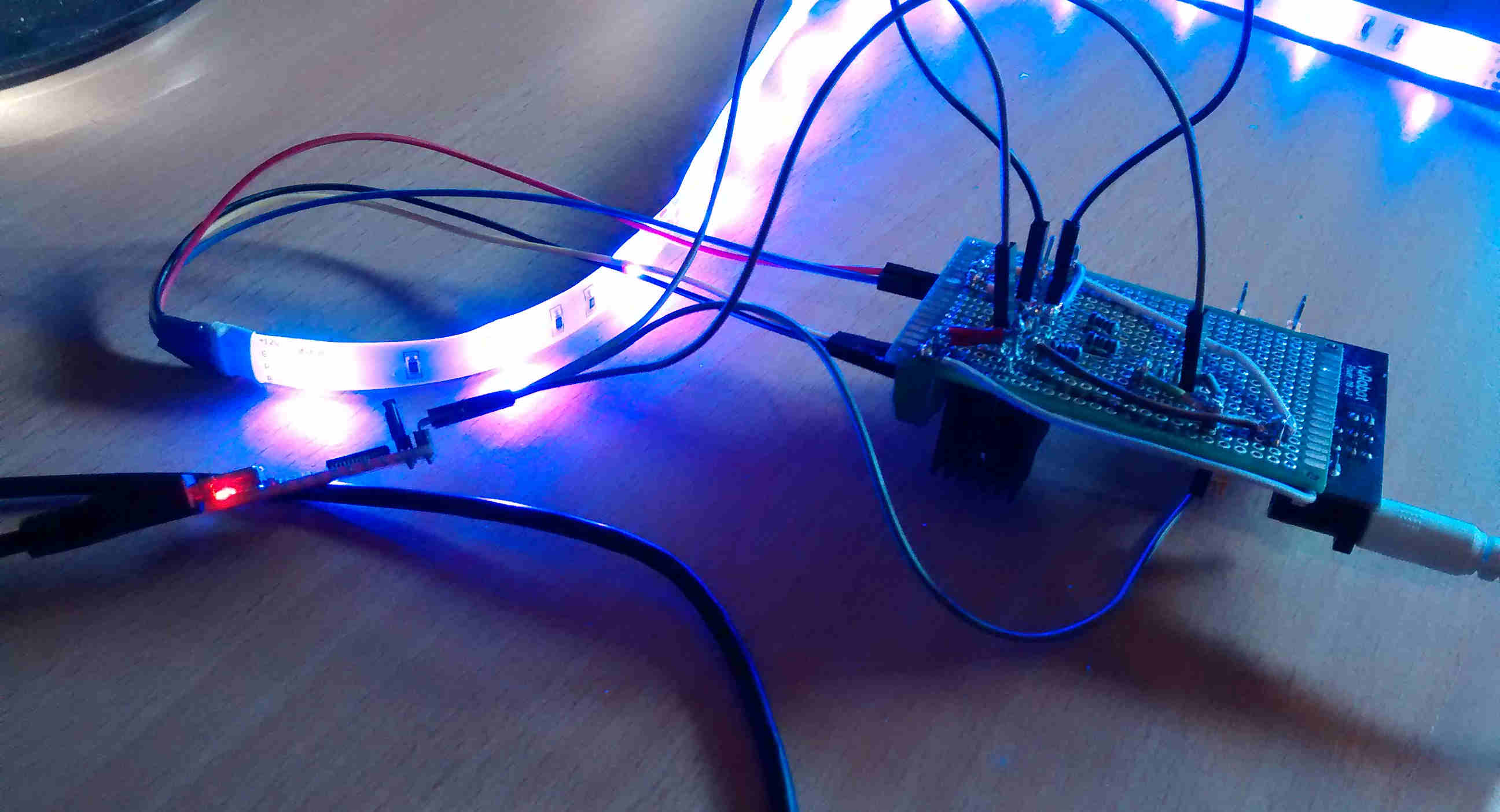 A few weeks later, I spotted a mistake in my build. I used IRFZ44N transistors but I should have used IRLZ44N transistors instead. The difference is that the Z version needs a higher voltage at the base, so the LEDs were never bright and drew just about two thirds of the power at maximum brightness.