WiFi enabled snowman that changes colors based on the weather forecast.

It’s christmas time! As a kind of pre-christmas gift, I built an Internet of Things enabled snowman for one of my best friends.

Like in my last project, I used an ESP8266 again, some LEDs and an old acrylic snowman that I cut open. 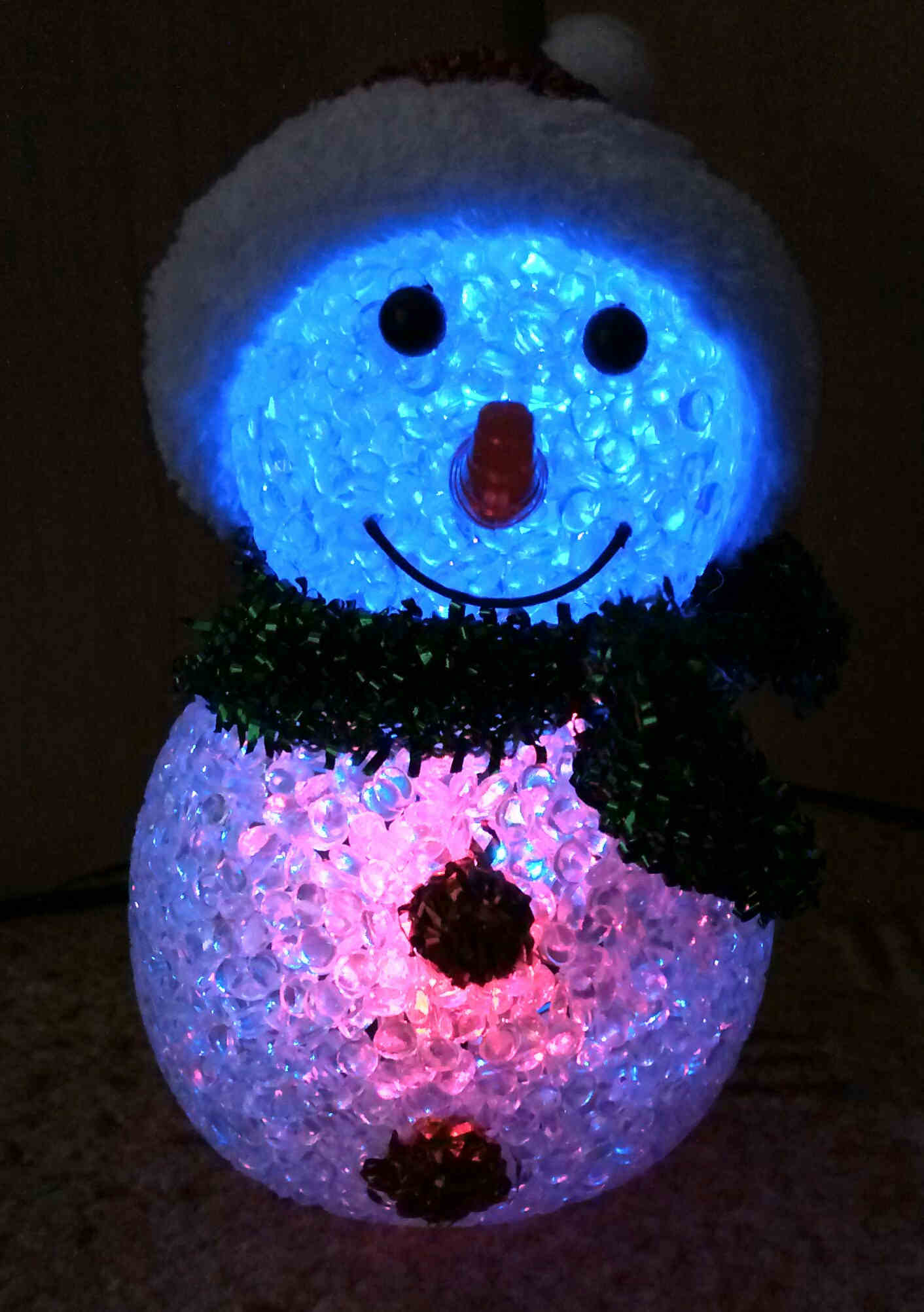 The electronics were cheaper than the snowman.

Inside the snowman was a fading RGB led, a switch and batteries. Boring!

I replaced it with the ESP8266, which had 3 LEDs attached to it (red, green, blue). Via a USB cable and a voltage converter, I powered it: 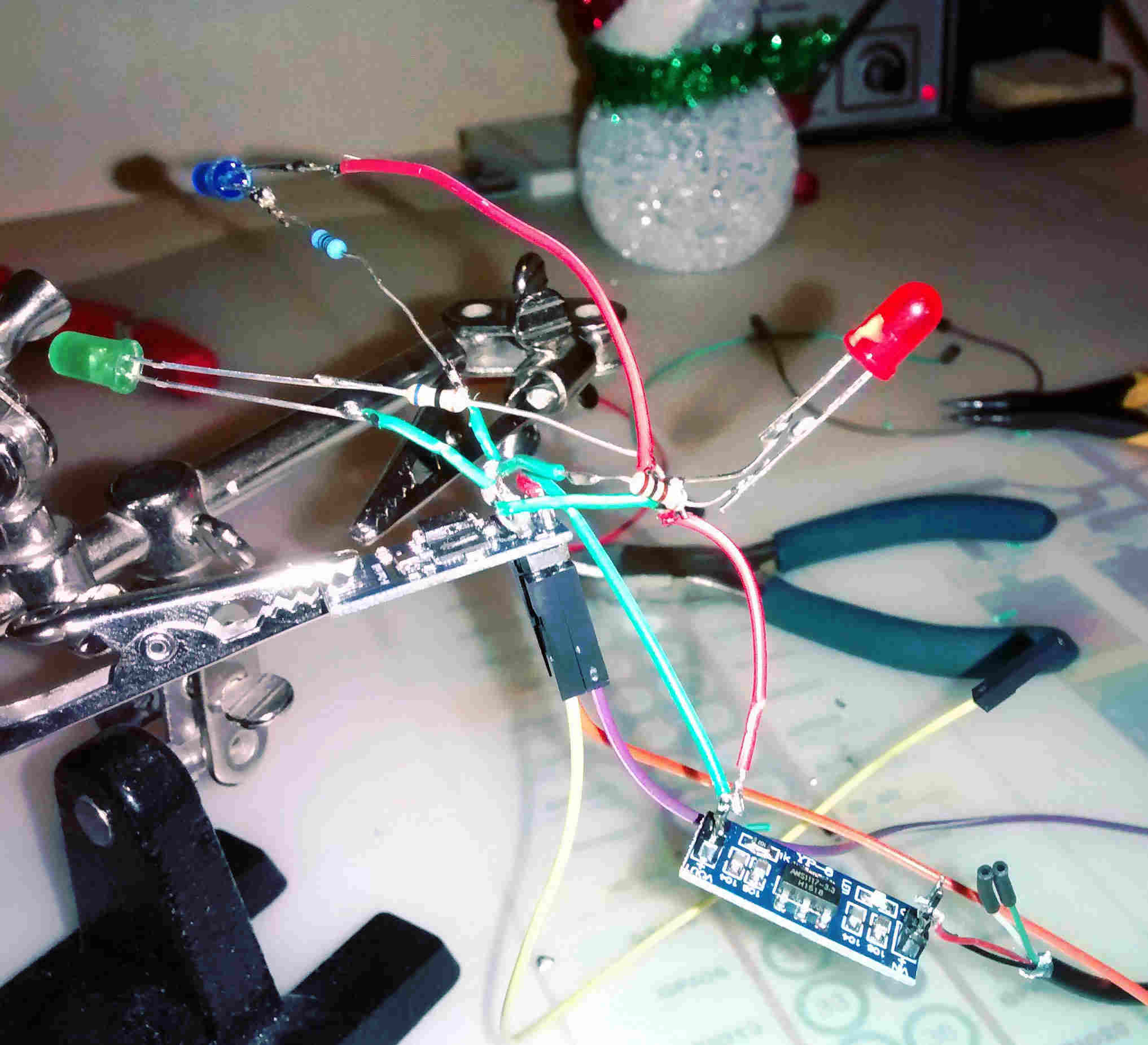 Luckily, you don’t see how messy it really becomes once you put all this in that tiny snowman… 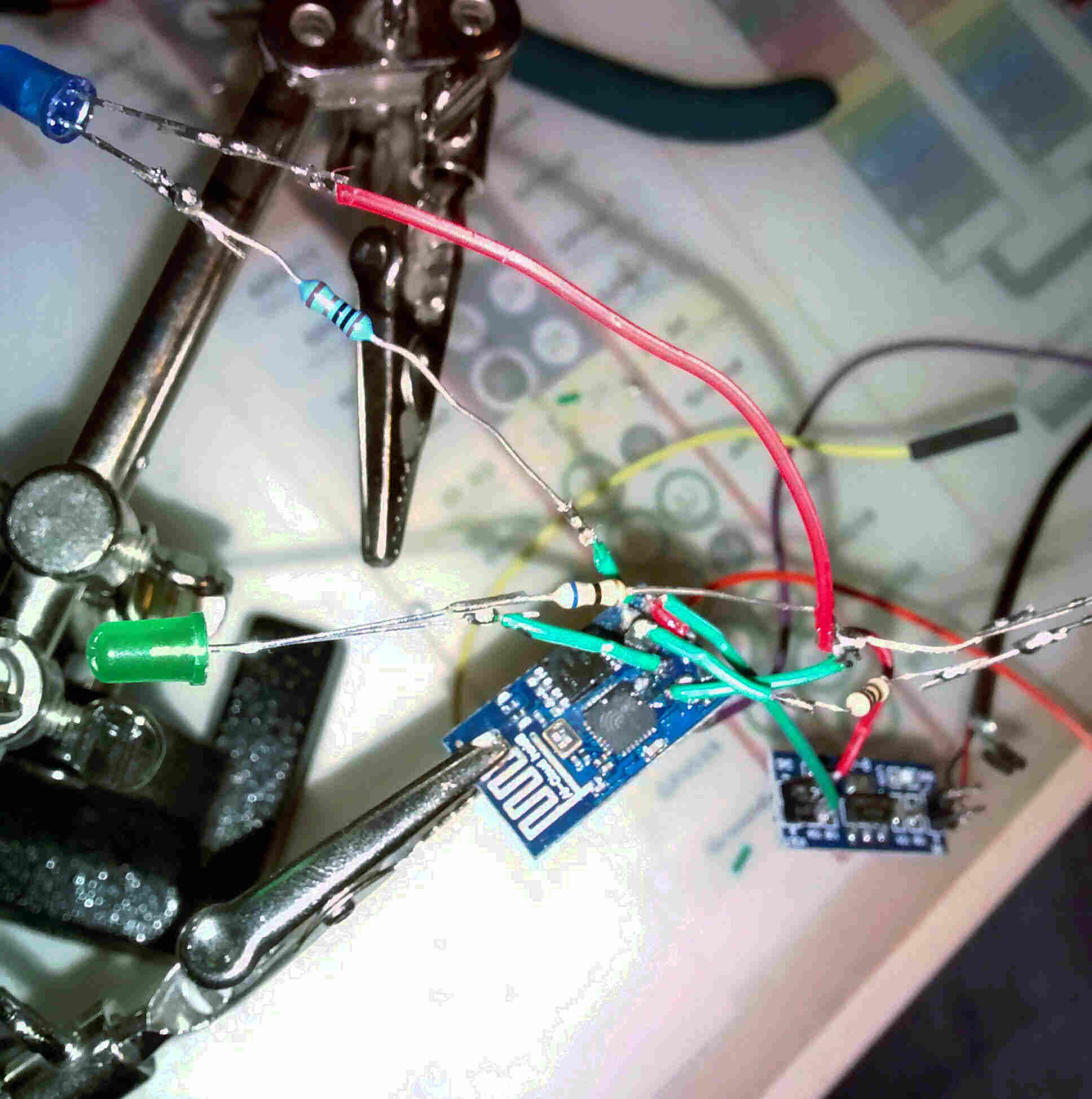 Coding took a while.

The ESP creates a wireless access point with a web server after powerup and asks you to enter your WiFi credentials. After first setup and whenever the module is started again, it connects to your wireless network and queries OpenWeatherMap every hour for a 3 hour forecast.

Depending on the forecast, the blue and red LEDs glow in different patterns. If a rainy day is to be expected, the top red LED lights up and the bottom blue LED fades in and out. A storm at night is displayed via a deep blue head and a blinking snowman’s body.

If you inspect the source code, you’ll see that there also is an Android app. The app simplifies the setup and runs a background service that makes your snowman’s green LED flash on new notifications. 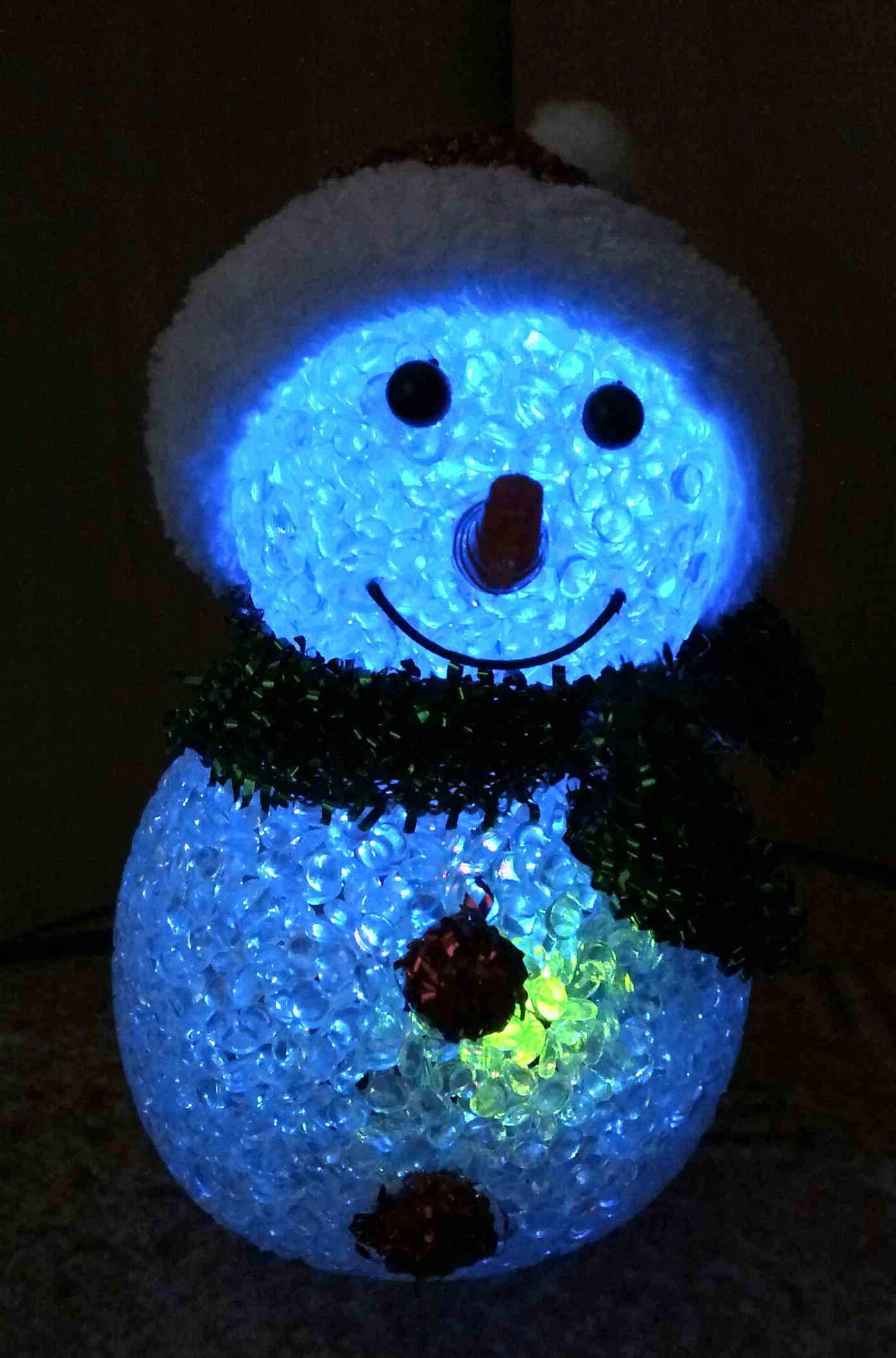 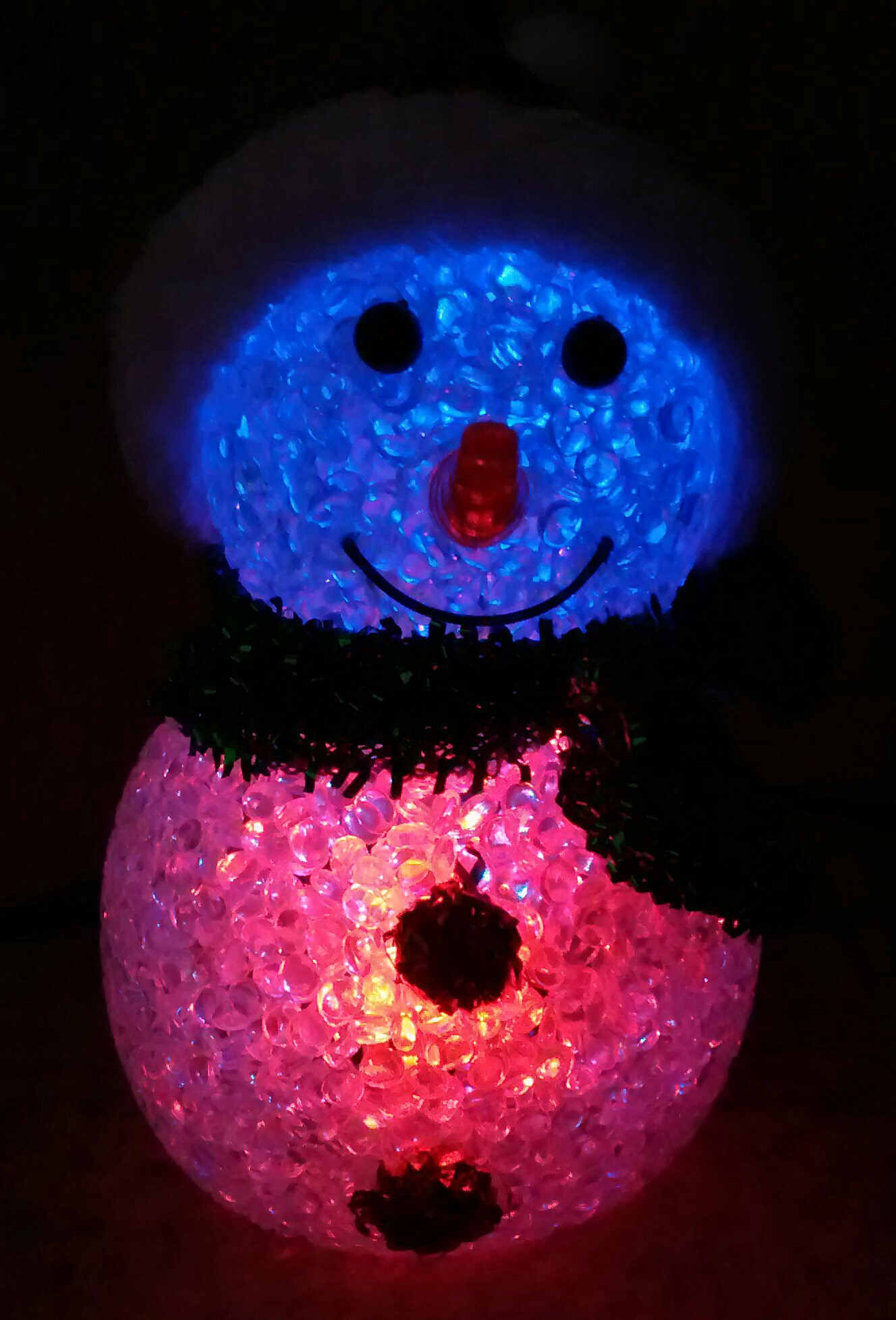